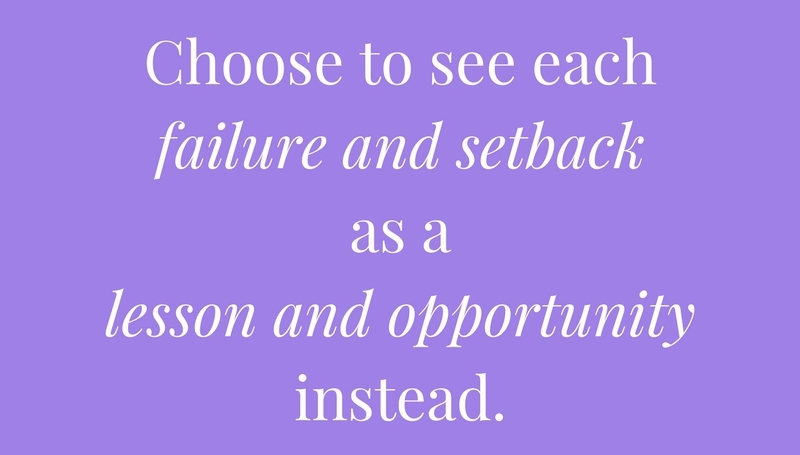 Last week I was really upset about how poorly I felt I was progressing in my training. During the last few sessions, I kept on getting smashed on the mats and was feeling so clueless at times – as though my skill had just disappeared.

I know I was putting a lot of unnecessary pressure and expectations on myself because it was my 6 month ‘anniversary’ of starting Jiu Jitsu, but it felt very real. And that, coupled with months of a weight loss plateau – and knowing that still being overweight is impacting on my agility and abilities, really started to get to me.

But, after talking it through, and some beautiful supportive words from my husband and my Jits sister, I chose to stop feeling sorry for myself and see this differently.

I asked myself what this lesson was teaching me.

It wasn’t that long ago that I couldn’t even walk more than a block because I was so overweight, unhealthy and unfit. Now I’m 70kgs (154lbs) lighter and training Jiu Jitsu! It’s not like I chose the easiest thing on the planet to start training in.

So maybe I’m not progressing as much as others might in the same amount of time, but damn, I’m learning both BJJ and how to drive this ‘vehicle’ that is my ‘new’ body at the same time. So I really need to stop being so hard on myself, and just trust in the journey. I’ll make it in my own time.

Am I progressing every time I get on the mats? Yes! So that’s all I need.

And let’s face it – this wasn’t the first time I’ve felt this way, and I know it certainly won’t be the last. And that’s just all part of the journey.

It was time to stop the pity party, put on my big girl Gi, and just keep training.

So I went to an extra training session at the end of the week – the only female amongst a group of men (another accomplishment to be proud of – 6 months ago I’d never have done that!) – and got on the mats and spent an hour and a half rolling with Purple, Blue and White belts.

I got smashed, repeatedly. I even nearly had to tap out about 5 times just from being crushed and breathless under their pressure – but I kept going.

Every minute provided me with opportunities to grow, learn and improve.

At the end I felt like I’d been hit by a truck, but it felt damn good.

The earlier-in-the-week version of me probably would have ended up crying on the mats 10 minutes into that session. But this new version of me left the Academy smiling (and limping a little bit…)

In our lives, every ‘failure’ and setback presents either: a lesson and opportunity; or defeat and another reason to beat ourselves up for not being ‘good enough’.

And it’s entirely up to us which way we choose to see it.

The next time you feel as though you’ve failed or there’s been a setback in your plans, ask yourself what this might be teaching you.

What lessons and opportunities are now presenting themselves to you?

Put your trust in the Universe, look at the situation with a new perspective, and you’ll find yourself back on the right track.

And this time you’ll be even and stronger and wiser than before.

This blog was originally posted on my Fit, Fierce, Fulfilled blog on Blogger on